UCD Karate Club was formed in 1977 and has since then enjoyed success as one of the college’s largest and most popular clubs. The club has won the UCD Club of the Year award a number of times and is currently the reigning Intervarsity Champion (2019).

The club’s primary aim is to provide an enjoyable and safe environment to equip all of its members with the skills necessary to progress in Shotokan Karate. UCD Karate Club has close ties with many national and international organisations and members get the opportunity to train with not only the club’s own team of highly qualified instructors, but also some of the foremost karate masters in the world.

UCD Karate club is affiliated to the Japan Karate Association Headquarters in Tokyo Japan through JKA Shotokan Ireland. The JKA-SI Technical Director is Sensei Masao Kawasoe, 8th Dan. Together with our senior Irish JKA instructors, Kawasoe Sensei has overseen our technical development for over 20 years.

While karate training will improve all aspects of your physical condition, such as muscular strength, flexibility, speed, agility, coordination and cardiovascular condition, it also develops self-confidence, stable emotions and clear judgment so the body will respond naturally under any circumstances. By using all the tools that Shotokan gives, the size and physical strength of the opponent becomes irrelevant. If you are diligent and train regularly, when your time in university comes to an end, you could be leaving UCD not only with your academic qualification but also with a Black Belt in Karate and the ability to join any martial arts club in the world with the confidence that your level of understanding and skill is of the highest standard.

That may sound like a lot of hard work, we rarely miss an opportunity to have some fun. Every year the committee has a tightly-packed schedule of sporting and non-sporting events on the agenda, which include training courses, competitions, outings, weekends away and many other events, which are publicised on our website and on Facebook. All members, particularly beginners, are encouraged to come to our many events.

You can join our club at any of our training sessions throughout the year. Just turn up 10 minutes before class in comfortable stretchy clothes and talk to any of our members. We will be more than happy to guide you.

If you train regularly, you could be leaving the university with a Black Belt in Karate. 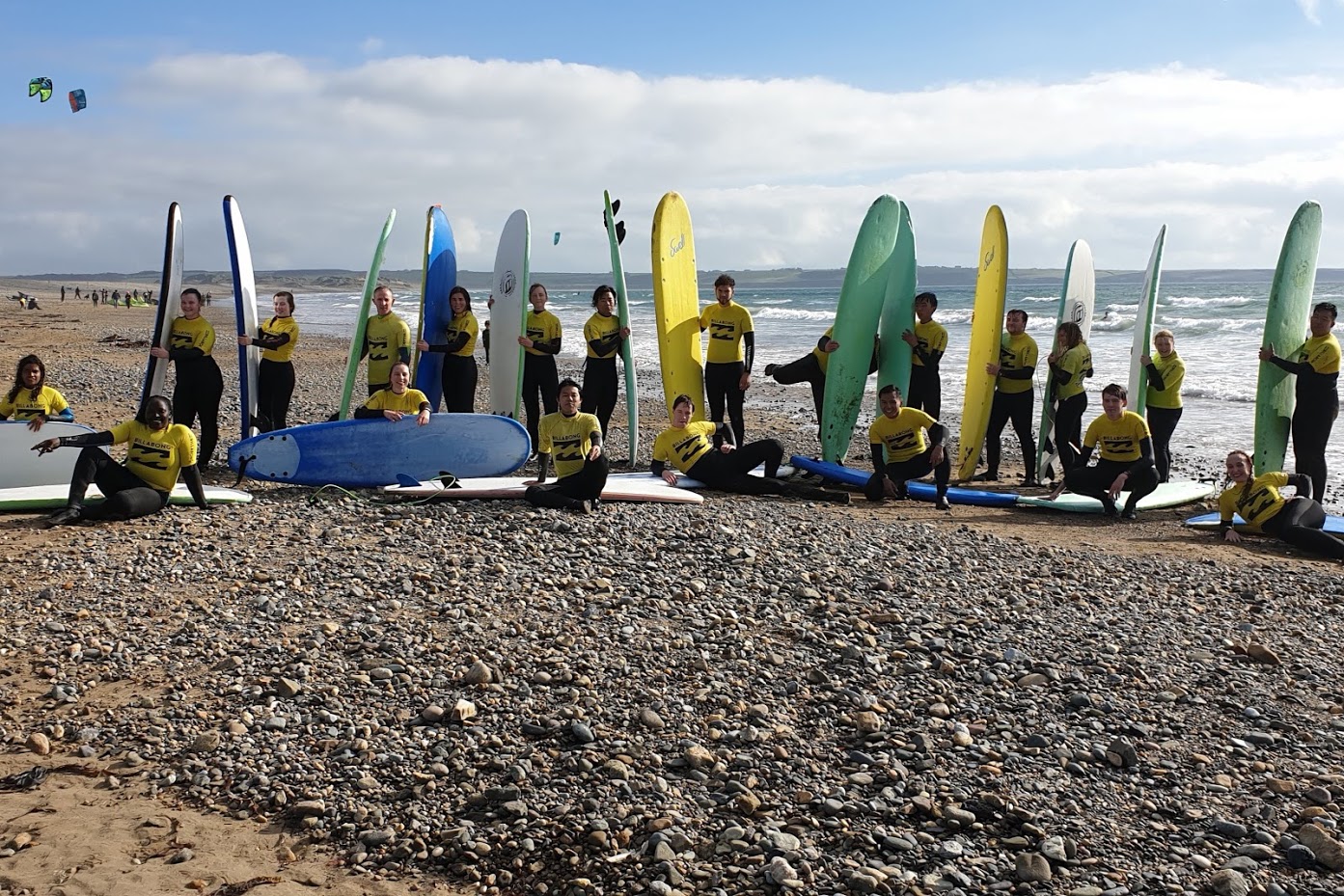 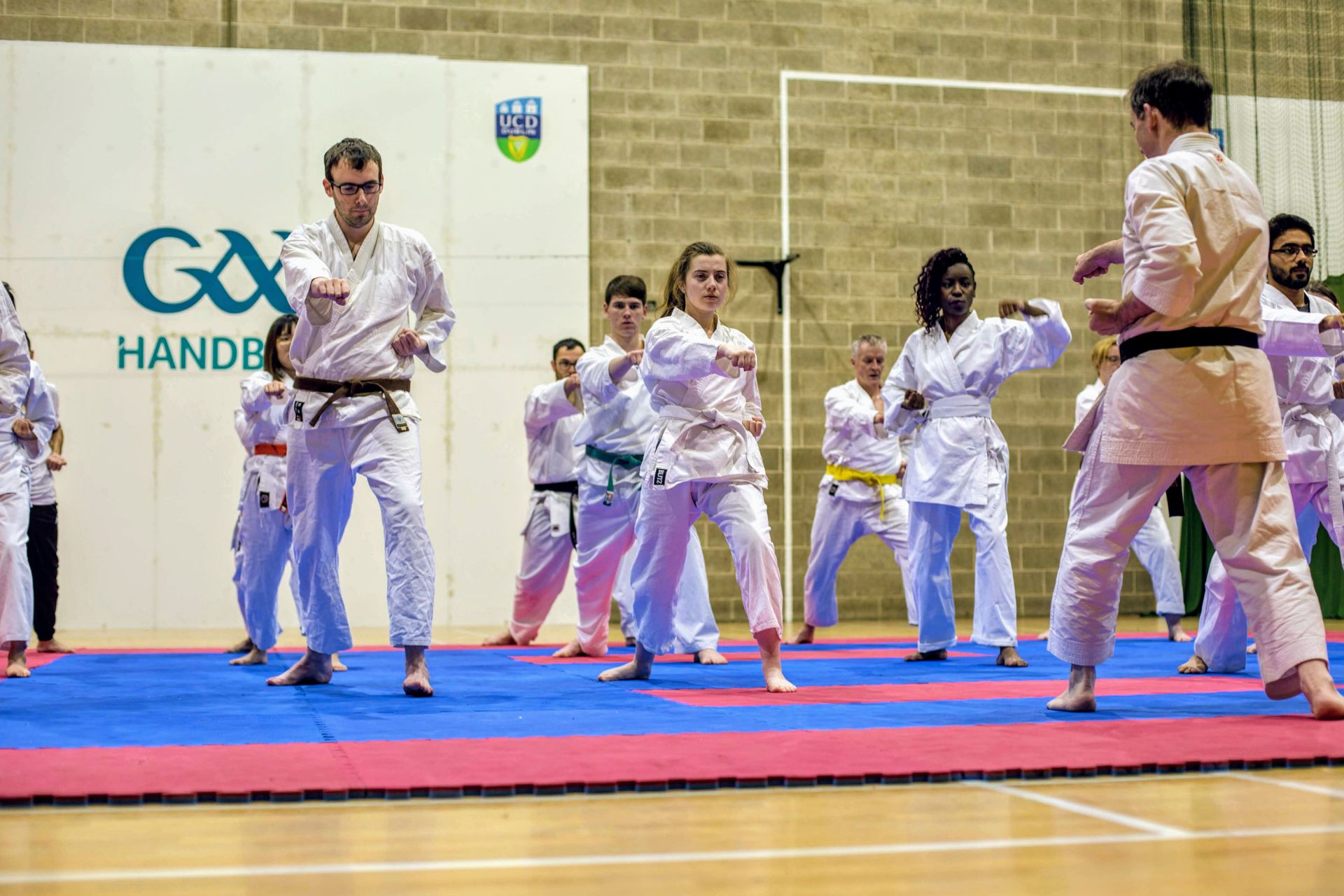 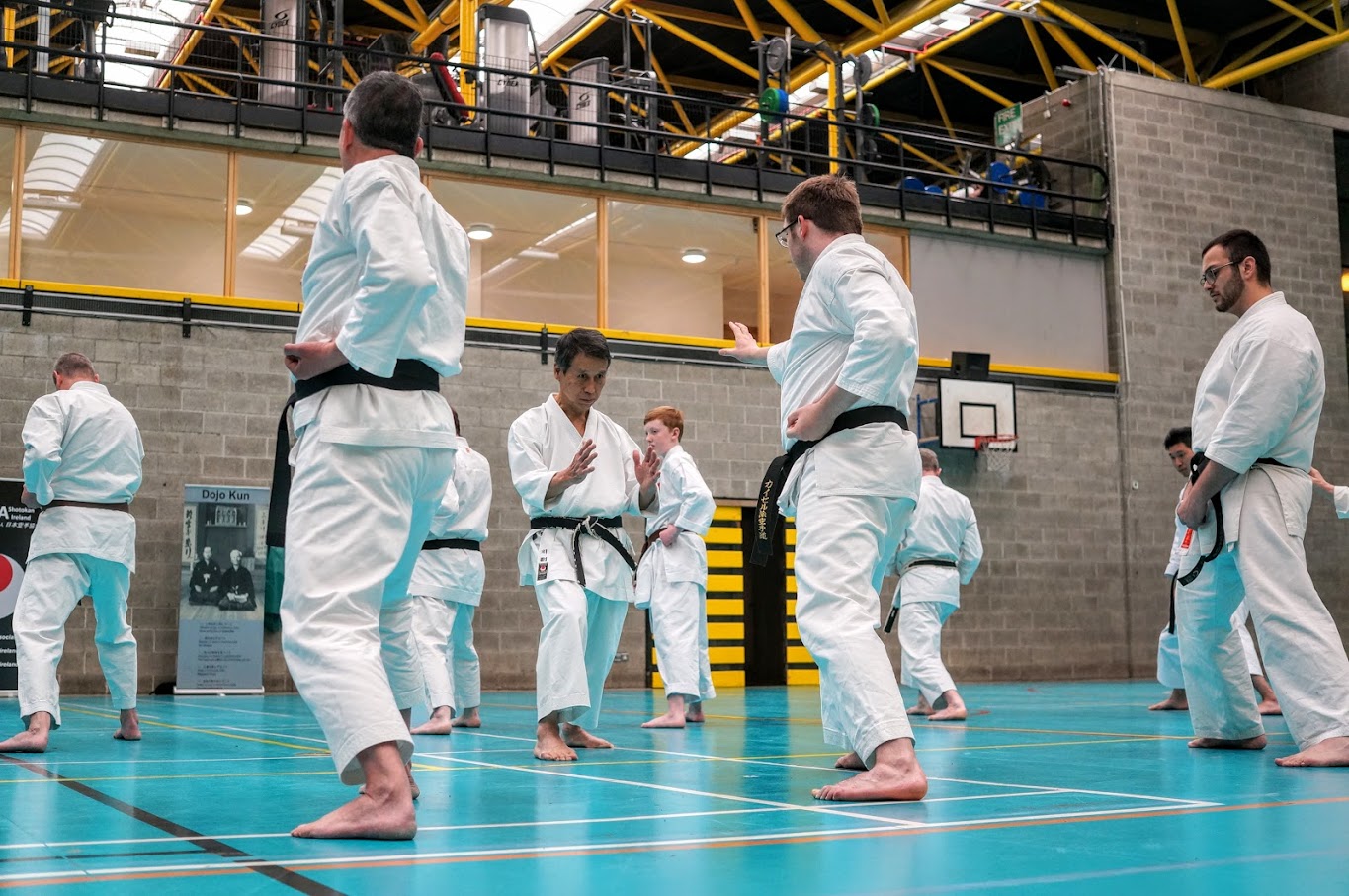 The real father of Shotokan Karate is Sokon “Bushi” Matsumura (1796-1893). Born in Shuri, Japan, Matsumura was employed as Chief Military Retainer for the King of the Ryu Kyu’s. Upon his return to Okinawa, Matsumura set about collecting and developing Karate and amalgamating all the styles practised around the city of Shuri. In doing so he created the style now known as Shuri-Te or Shorin-Ryu. Matsumura’s student Yasatune ‘Anko’ Azato (1827-1906) was perhaps the most influential figure in the history of Shotokan. Azato was a tall, flexible man with long arms and legs. One of the principles which Azato became profoundly aware of was to use basics in a totally different way to the classic Shorin-Ryu. This led to the classic characteristics of Shotokan being developed:

1. Basics are performed in long, dynamic stances to develop the body and to bring into play the power which the body can generate from a range of dynamic forces, (i.e. Hip rotation, forwards momentum, etc.)

2. To use the control and power developed from basics one must make a study of technique from a more practical position. (i.e using smaller movements which are less obvious to an opponent.)

3. One should always be in a position to continue from one technique into another. (i.e. The use of techniques which place one in a position of extreme vulnerability, should they fail, are useless.)

Modern day Shotokan Karate that we are practicing was developed from various martial arts by Gichin Funakoshi (1868–1957), following the teaching of Anko Azato. Shotokan was the name of the first official dojo built by Gichin Funakoshi in 1936. Shōtō (松濤), meaning “pine-waves” (the movement of pine needles when the wind blows through them), was Funakoshi’s pen-name, which he used in his poetic and philosophical writings and messages to his students. The Japanese kan (館) means “house” or “hall”. In honour of their sensei, Funakoshi’s students created a sign reading shōtō-kan, which they placed above the entrance of the hall where Funakoshi taught.

Shotokan has developed over time and as a living art continues to expand and advance under the direction of the modern day masters mentioned above. In essence Shotokan is a beautiful, ancient art of self-defence. Its holistic approach is based on using the energy generated by the whole body through the synchronisation of breath, muscle contraction and relaxation and body dynamics, rather than relying merely on the muscular strength of the arms and legs. By studying Karate one learns to sense and follow the opponent, eventually controlling him, and to use the open space in his actions rather than resisting his movements. In the practice of karate the mind and body are inseparable: they harmonise with each other.